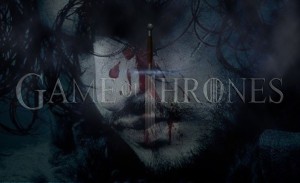 After last season five’s devastating finale episode, and due to the fact that the show had caught up to author George R.R. Martin’s novels, it was easy to be worried about the direction of the sixth season of this fan-favorite and massive hit series for HBO.  It’s hard to know what elements were or were not part of Martin’s overall plan for his popular characters, but one can imagine that the major beats hold true to his vision, while the very capable writer/show-runners David Benioff and D.B.Weiss were able to flesh out the details utilizing backstory material and the well established characters’ motivations.  Needless to say, season six became one of the best yet, with major (and logical) progressions of the storylines, the most massive and well-staged scenes in the series thus far, while still maintaining the show’s quality, even if at times some telegraphed plot points bordered on fan service, albeit in the most pleasing of ways.

After the frustratingly meandering nature of some of last season’s first half of episodes (the last three were some of the finest), this season’s attention to resurrections, reunions, and reinventions of characters hint at the show’s movement into its’ endgame.  This season was slick, to the point, and moved all of the chess pieces into place in a most satisfying way.  Jon Snow has come back to life and assumed the leadership role he has never felt the right to – Kit Harrington performed his best physical acting yet, from the soul defining resurrection, to his joyous reunion with Sansa, and finally in the brutal and impeccably staged Battle of the Bastards, which culminated in the Stark retaking of Winterfell (that wolf banner drop forever etched into the minds of long-suffering fans of the righteous family).  Bran Stark has fully transformed and taken the spiritual place of the Three-Eyed-Raven, a development that enabled the writers to explore the history of Westeros through his time travel visions.  These visions led to two huge developments – what really happened with Ned’s sister Lyanna at the Tower of Joy (holy Jon Snow reveal as the true embodiment of Fire and Ice as a Targaryen / Stark), and the most tragic death in GoT history – Hodor and the realization that his life was only lived to serve Bran (moment of silence for ‘Hold the Door’).

Perhaps the biggest revelations have come with the welcome development of female empowerment over subjugation and the fact that the true game of thrones may be fought and shared between the complexly woven women leaders in the land.  Jon was on the verge of giving up and it was Sansa that pushed to rally the north.  She also single-handedly turned the tide of the ‘Battle of the Bastards’ after engineering the addition of Littlefinger’s Eyre army.  Sophie Turner has turned this character, once reviled for her weaknesses, into a driving force for change in the world and someone who may have something more up her Machiavellan sleeve.  Emilia Clarke’s Daenerys Targaryen didn’t need any rescuing this year – thankfully her time as a prisoner of the Dothraki was very short-lived as she converted the entire tribe of horseman warriors into her followers in a brilliant display of her power when she literally burnt down the patriarchy.  While Peter Dinklage’s Tyrion Lannister tried to hold down the fort in Mereen through diplomacy (he was at least able to hold off the ire of the masters long enough to be rescued himself), it’s this new team-up of his, and Varys’s, cunning politics, the fleet of Yara’s Ironborn, and Dany’s indisputable power that have finally solidified her army to the point where the season ended with her migration across the sea to Westeros.  Arya Stark (Maisie Williams) has finally shed her blind devotion to the many-faced god, in a subplot that just went on far too long but had a great payoff, and showed up in a shocking scene of gore and murder in the finale.  She has truly become a five foot assassin and now that she is back in the mix should become a wrench in the machinations of the Lannisters not devoted to the Queen of Dragons.

One of the most compelling developments of the season, and particularly of the finale, was the ascension of Cersei Lannister to the Iron Throne.  As much as this character was loathed in past seasons, after her shameful walk last year she appeared to finally crack open and show some humanity.  Of course in true GoT fashion, just when the audience develops some sympathy for the Queen Mother, she goes and blasts it all away in a massive explosion of her stores of wildfire below the sept of King’s Landing.  The finale opened with an operatic series of scenes that juxtaposed the dressing and processions leading to a trial that Cersei had no intention of attending.  As she dons her gothic costume representation of her dark and bruised soul, and the little birds of King’s Landing start to take the pawns off the board, the outcome becomes a beautiful and inevitable scene of destruction all orchestrated by the ascending Queen Lannister.  Like something out of ‘The Godfather’ Lena Headey’s Cersei has taken her rightful place as the sole ruler, a position gained at the expense of any besides herself.  The anticipation could not be higher in a finale with scene after scene of hair-raising chills, and emotion earned through seasons of despair now leading into the light . . .